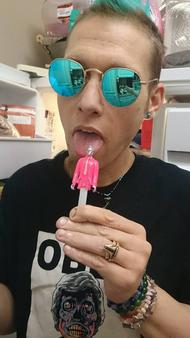 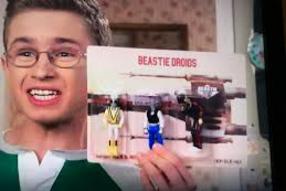 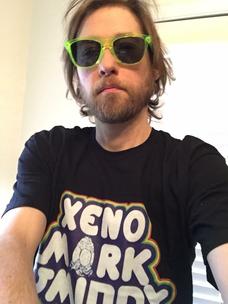 Dead Greedy is a bootleg toy making project, with a team of two: Jeremy and Jaime Bourquin. Their designer toys/bootleg action figures are a mash-up of '80s and '90s nostalgia with a message of anti-commercialism. Their work is greatly influenced by Star Wars, The $uper $ucklord and other artists of the genre. The name, Dead Greedy, was derived from Jeremy's hate for The Change in Star Wars Episode IV A New Hope. The one that caused Greedo to shoot first. Jeremy is the public face of Dead Greedy.

Jeremy has a genetic disorder known as Wilson's Disease. This disorder causes the body to retain copper, causing negative effects to the liver, eyes and brain. If you want to know more about Wilson's Disease, visit  www.wilsonsdisease.org. Jeremy really started making toys once his disease caused him to become disabled in 2015. Unable to work and suffering from Wilson's Disease, and eventually liver cancer, art was something to distract him from the everyday and reality. Bootleg toys!

Jeremy started collecting $ucklord's work, that of other artists of the genre, and similar works. He studied the work and styles of the artists and started making his own toys. Soon after he began, Dov Kelemer of DKEToys contacted him and Dead Greedy has since released 20+ action figures.

Dead Greedy has shown at: